skip to main | skip to sidebar

We're celebrating Christmas in July this month. This week I am holding a felted ornament class and next week we will be doing Christmas stockings. That class will be particularly good for those knitters who have been wanting to try socks but fear the Second Sock Sydrome.


The Kids Knit group had a great start off with at least nine knitters between the ages of 6 and 12. There will be another gathering next Friday, then we will move it to a couple of Tuesday nights a month since the kids will be going back to school. The kids (and some adults) are doing a service project called Knittin' for Kittens. They are using Mammut yarn to knit cat blankets to use in the kennels at a local animal shelter.

I'm also starting a spinning study on a Tuesday night the kids aren't here. I will probably offer a class on Tuesday evenings that aren't taken by other activities.


Heidi will be going back to fulltime teaching at the Jacksonville State next month so she won't be able to keep the store open on Tuesday and Wednesday afternoons after this month. Elisha will also start teaching this fall (kindergarten)


We have some great new yarns in. We're up to 25 solids and 12 varigated shades of Kertzer's new yarn Northern. 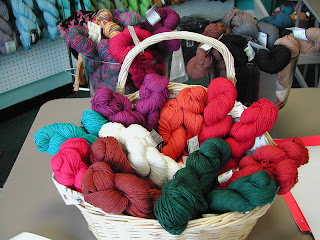 . I can't wait to make a pair of socks from it but I'm way behind on my projects and have to finish at least a few before I can start anything other than store projects.


We also just got in the Addi Lace needles and Skacel's new ArtFelt felting kits. 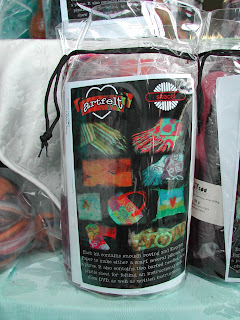 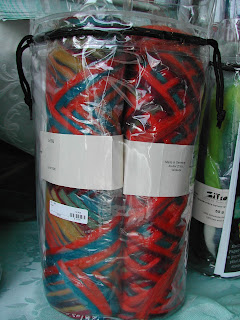 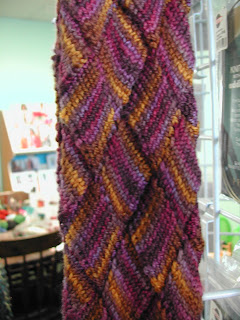 One of the reasons it's been hard to blog besides the new job where I actually have to work, rather than surf the web (although I'm really loving it), is my husband's latest passion... chickens. We have about 100 now most of which we've hatched in an incubator on our dining room table. In about three months time we've gone from 17 adults (mainly Rhode Island Reds) to a number of different varieties, including Barred Rocks and Silkies. 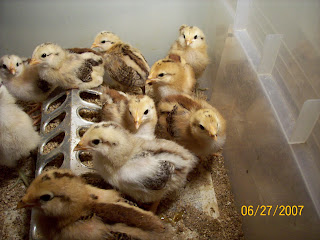 These are some of the Aracauna chicks.
Posted by Pat at 4:27 PM

For Email Marketing you can trust

Plugin supplied by Your Christmas Countdown